Fresh up on Temecula Wedding blog we have a Wilson Creek Winery engagement submitted to us from “Weddings by Adrienne and Amber“,  a fabulous team of Michigan wedding photographers. I can honestly say that we are LOVING this story just as much as these photos that go with them. Its the kind of thing that as adults, hanging out with your buddies, you dream of. [or maybe not. depending on who your buddies are]

As the story goes, Alysse’s mom and Nick’s dad go way back. In fact, they went to high school together. The two of them and Lisa’s first husband were “the three best friends anyone could ever have.”

Yet somehow Nick and Alysse had never really met or hung as kids growing up. Even though their families were together at numerous family gatherings and parties…  Pretty crazy, right?  Well, let us fast forward ahead many years later in life. Both Nick and Alysse were out of college.  Nick was already living in San Diego and now Alysse was moving there too. And why not? Its a great place to live!  I’ll give you one shot to guess where they moved to… think the typical place where most college kids in SD wanna be during the summer time?  did you say Pacific Beach?  If so you win a shot of fireball redeemable at PB bar and grill. Put it on Nick’s tab, he said its cool 😉

Back to our story: Sooooo just a few days after Alysse’s dad had dropped her off in Pacific Beach, he found himself at a graduation party in Michigan reunited with Nick’s parents. They got to talking and realized that both families had children in San Diego. Now they might not admit to this but its pretty obvious what happened next, they secretly hatched a plot. Its like that movie parent trap but with adults instead of kids.  Pictures and phone numbers were exchanged. Then came the embarrassing messages from the parents encouraging the two to get together.  Eventually for the satisfaction of the parents it resulted in a Facebook message — Nick asked Alysse to meet for drinks and [after a few jagerbombs ;]  .. as they say, the rest is history.

They knew their Temecula engagement session had to take place at one of their favorite vineyards, Wilson Creek Winery in Temecula, California! This is where their love started. 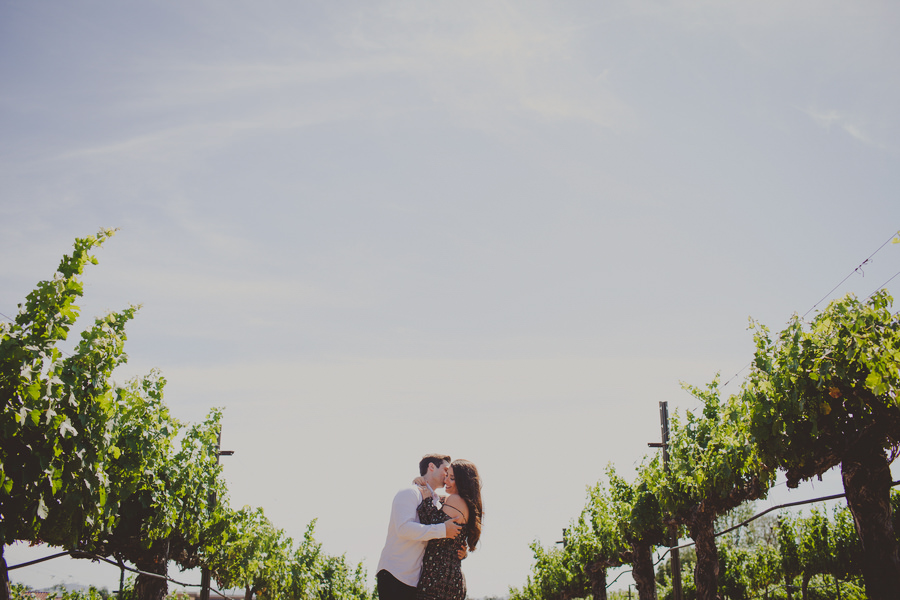 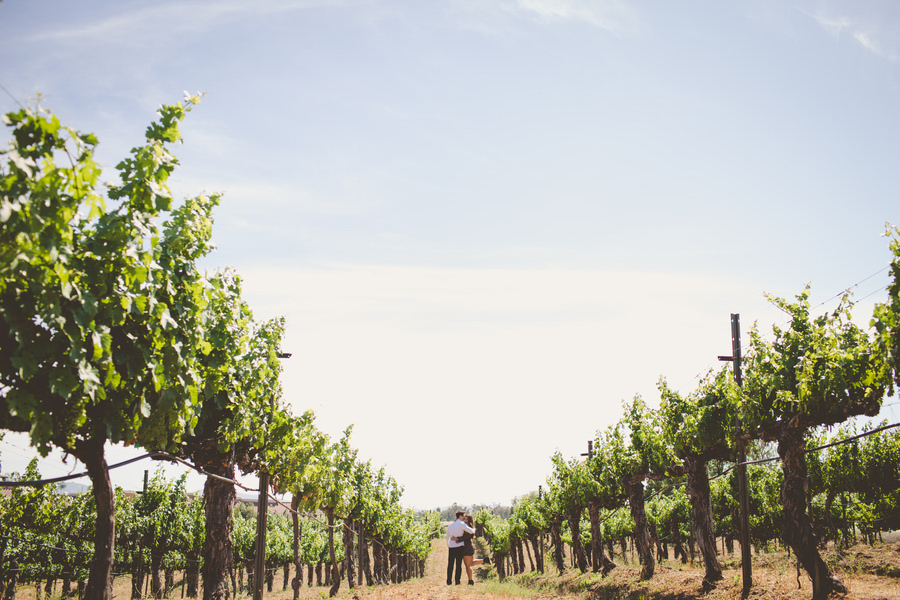 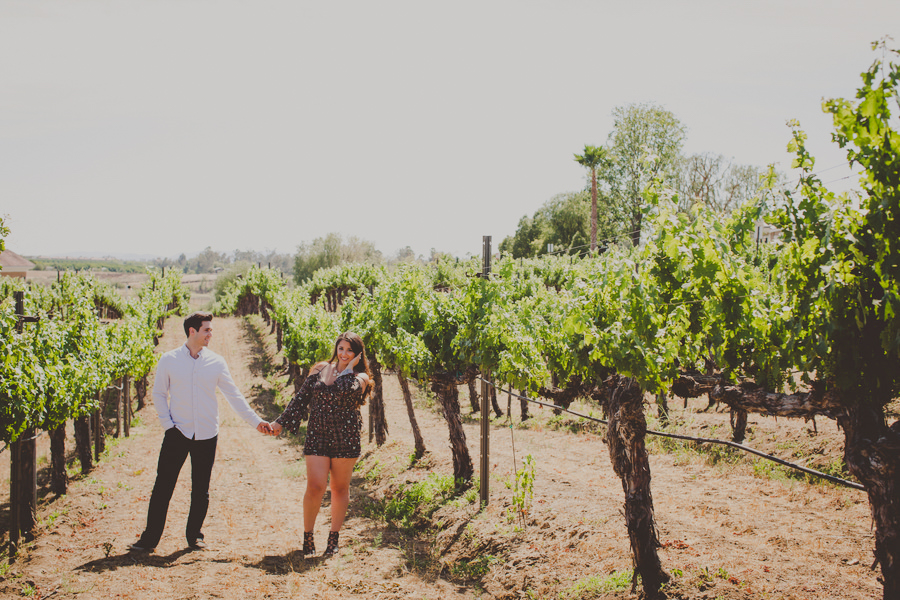 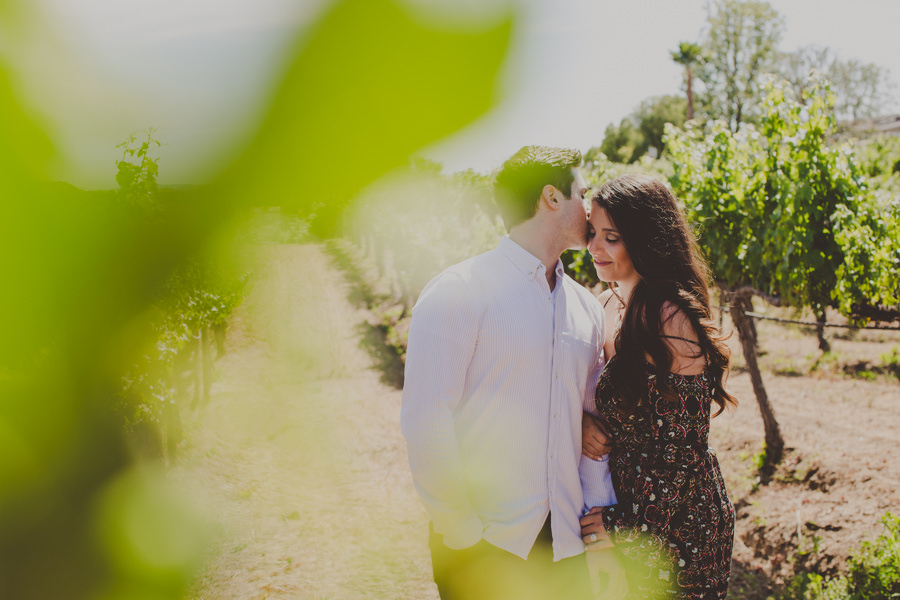 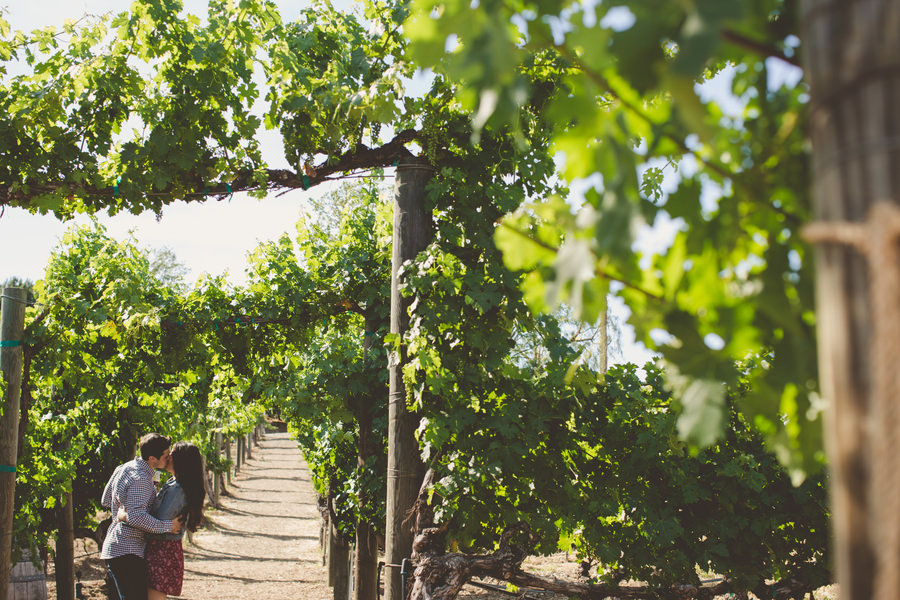 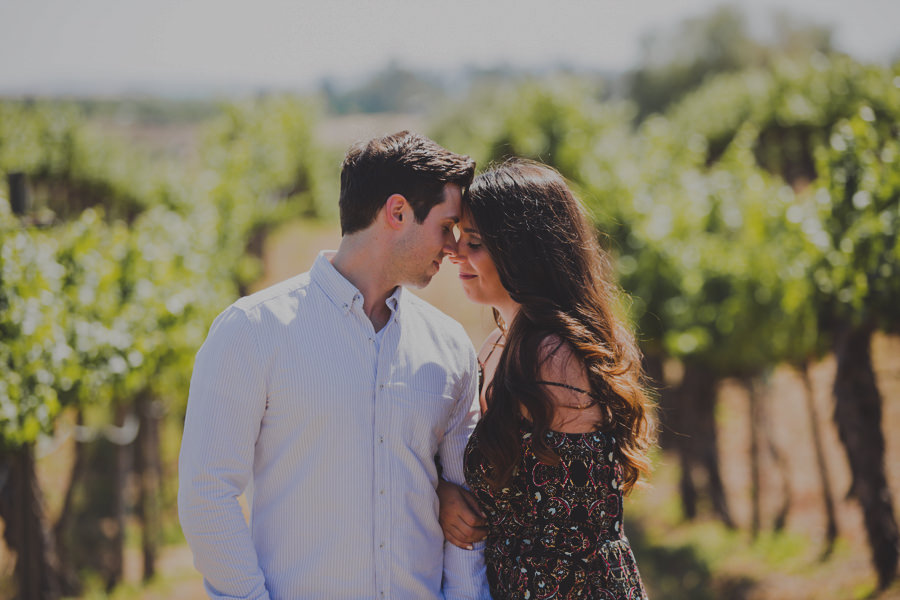 “We had just landed for a a trip to Hawaii, Maui specifically. He had gone out of his way leading up to this trip to give me ZERO indication this was happening. It could not have been farther from my mind actually. We landed and we walking to get food along the ocean and he said “let’s go look at those rocks” These were rocks leading out into the ocean. Me being the adventure spirit that I am, I immediately took of my shoes and ran toward the rocks only to hear him yell at me from behind “Alysse…!” and I turned around and he was on one knee. It was beautiful.” 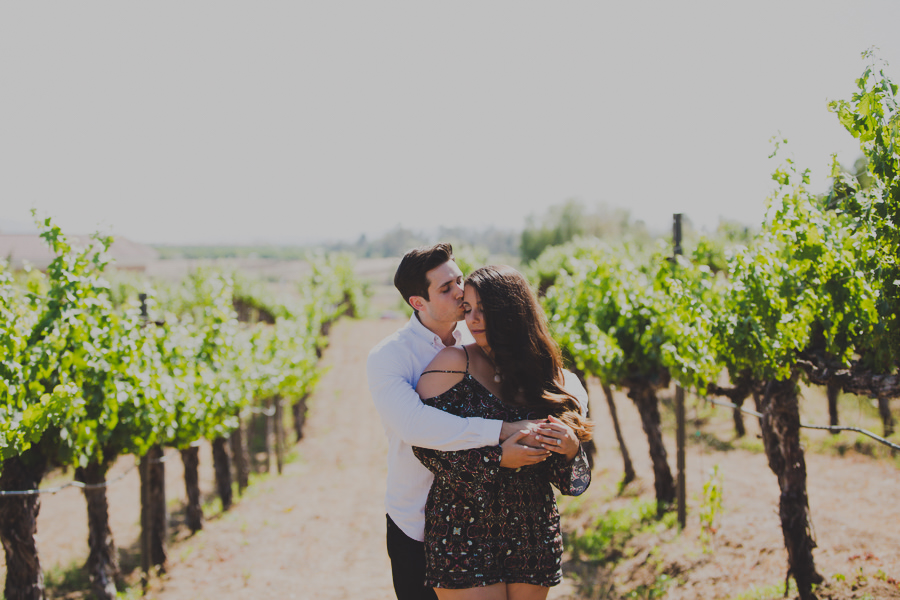 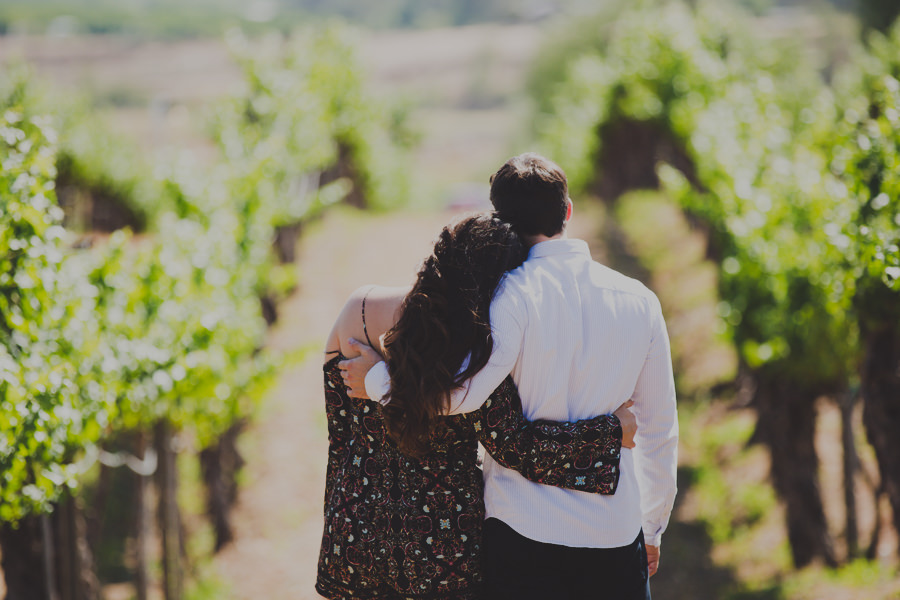 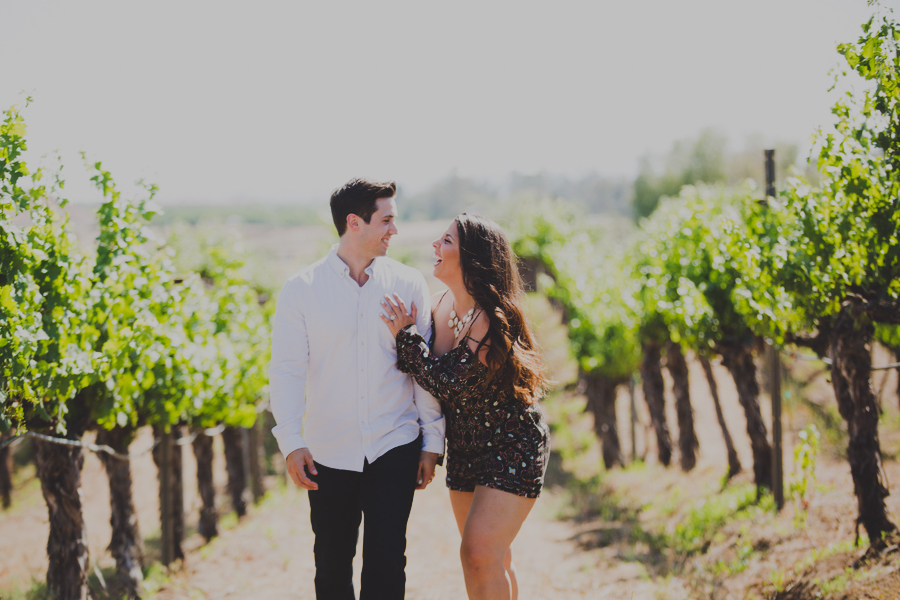 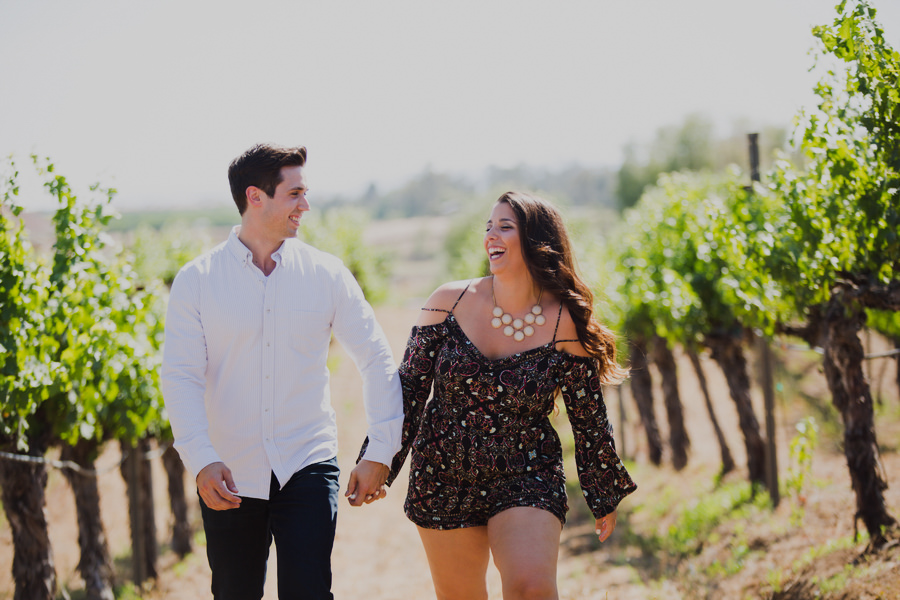 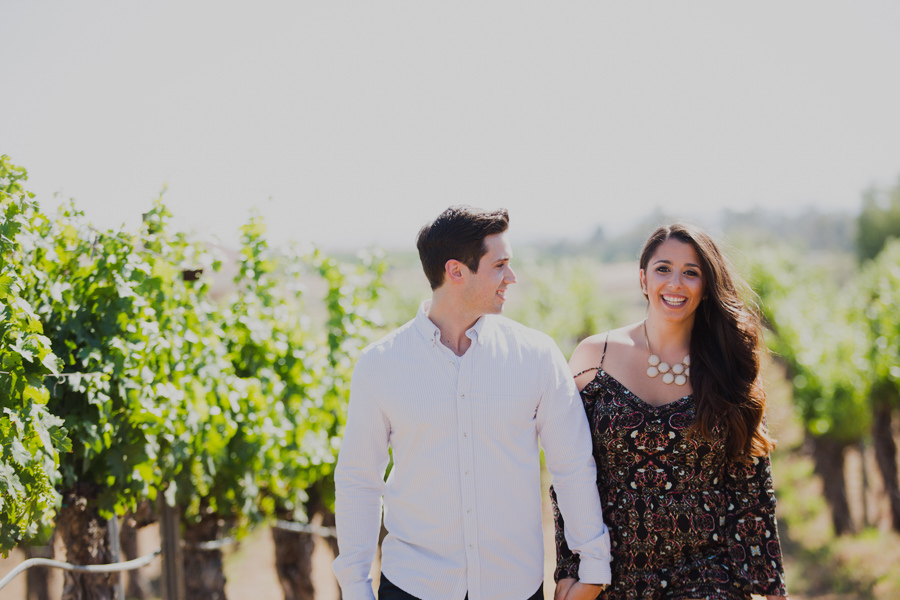 We asked Alysse to share something with our readers to help in regards to the wedding planning process. Heres what she had to share:

“The biggest tip that I have is to visit a venue that you would never pick because it might surprise you. I was all about a beach ceremony and coastal view wedding. The last venue we looked at was our enchanted, romantic, whimsical garden and it was the one that melted our hearts. We knew with just one walk through that this is where our wedding had to take place.” 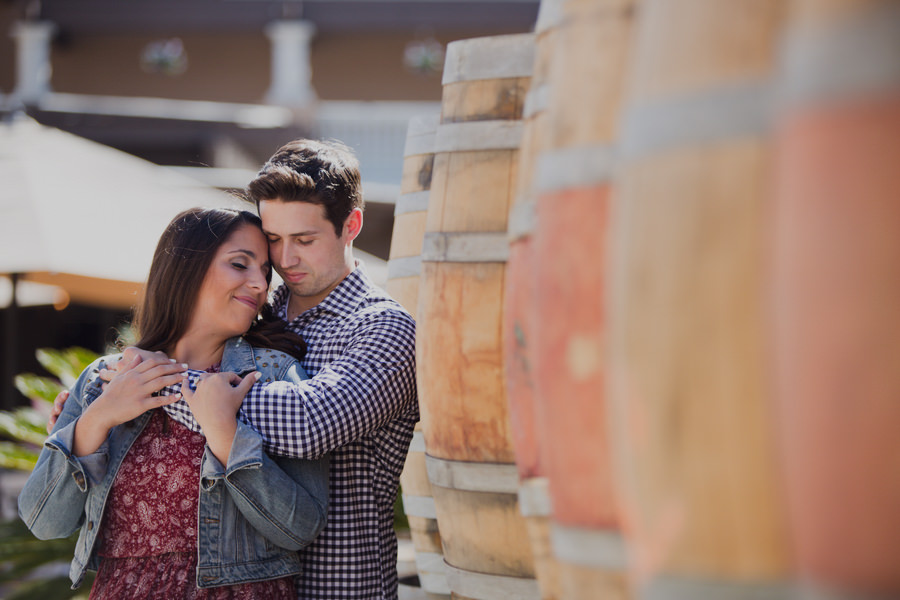 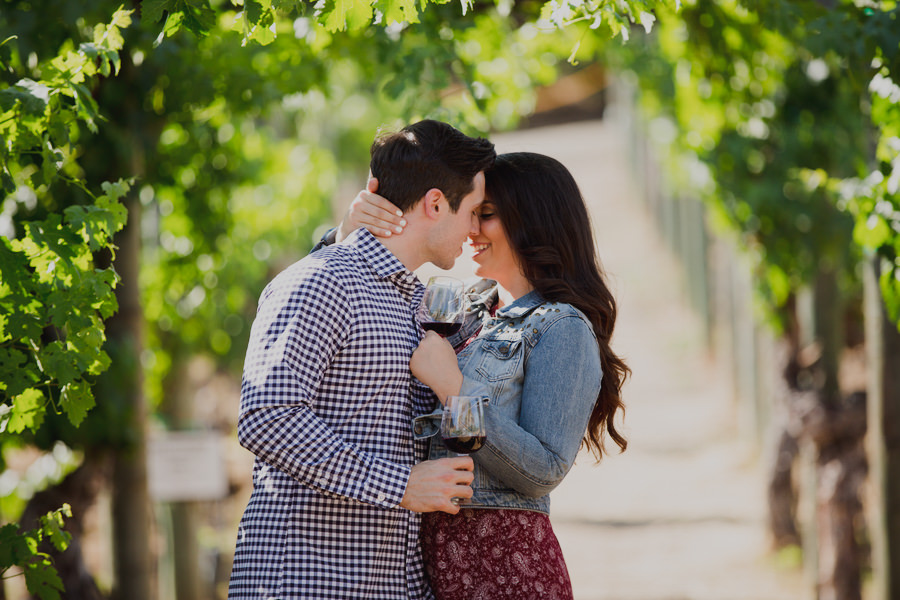 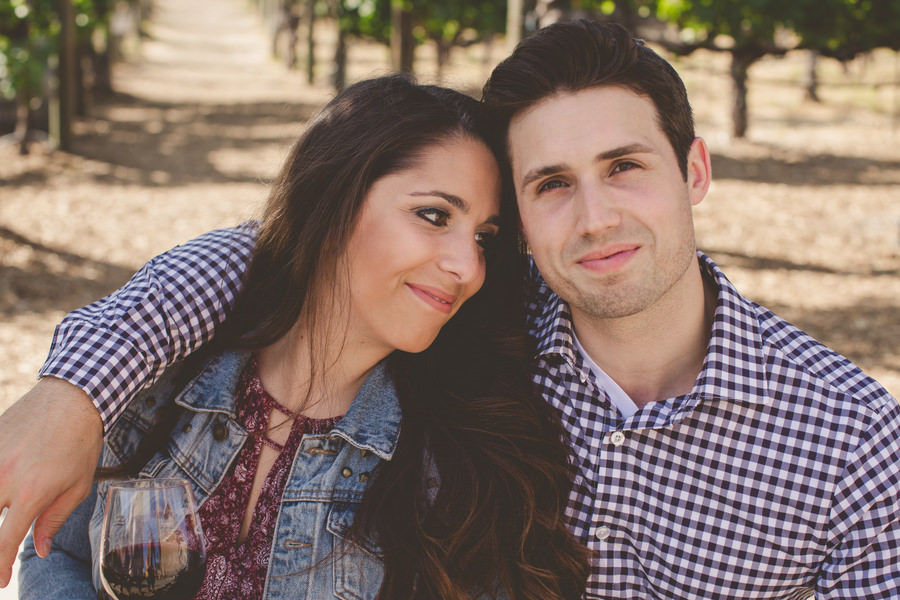 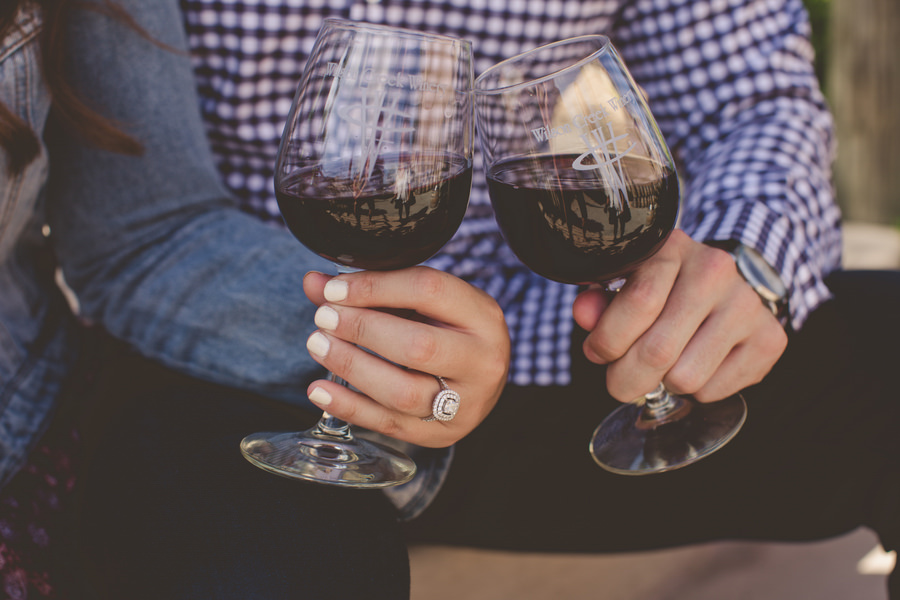 Why Wilson Creek Winery For The Temecula Engagement Photos?

“Early on, Nick introduced me to red wine. Wine nights quickly became “our thing.” The obvious next step was to take a trip up to Temecula. Well, we were blown away by our experience and kept coming back for more.  A few wine club memberships later, we began frequenting Temecula Valley once a month for a date day or date weekend. It only made sense for us to return to our favorite winery to capture our Engagement photos in Temecula.”