Kick ass Harley Davidson motorcycles? Check. A stylish and fun couple? Check. An amazing moment documented for us to share? Check. When Temecula photographer Jami Laree sent us over Kenny and Wendi’s incredibly unique wedding proposal we were absolutely stunned by the photographs. The emotion captured in most wedding proposals has an electric feel, but Jami really knocked it out of the park with her documentation of Kenny and Wendi’s proposal. The photos are clean, classic and most important provide a very authentic vibe of who this couple are, and as photographers ourselves it is refreshing to see that essence being frozen in time. But don’t take our word for it, check out the photographs below and see for yourself! Oh and how stunning is Wendi’s wedding ring!? 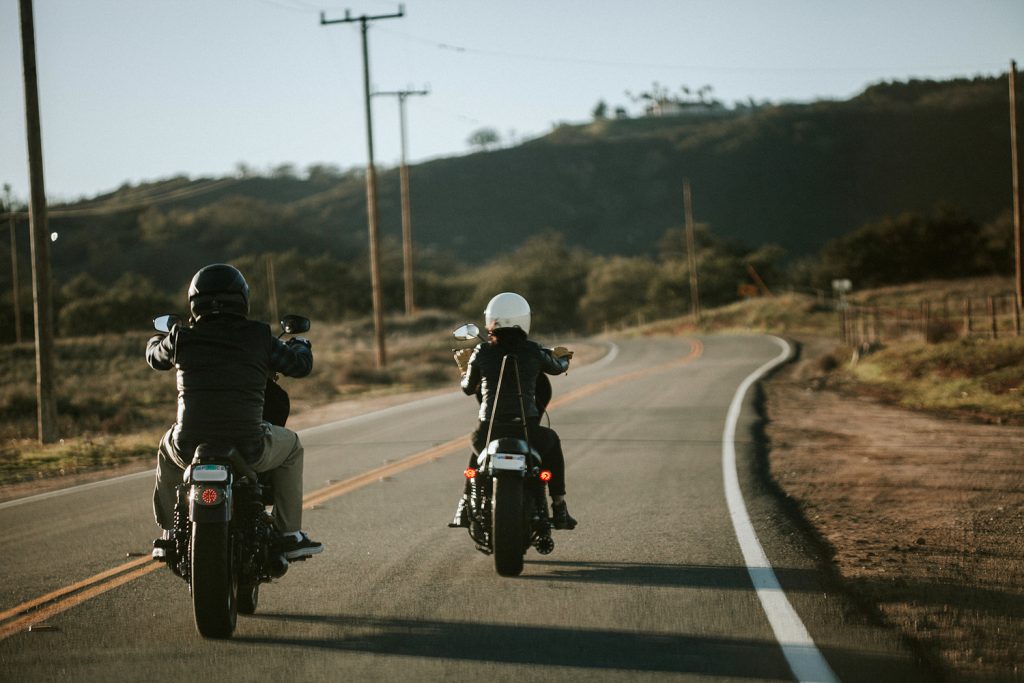 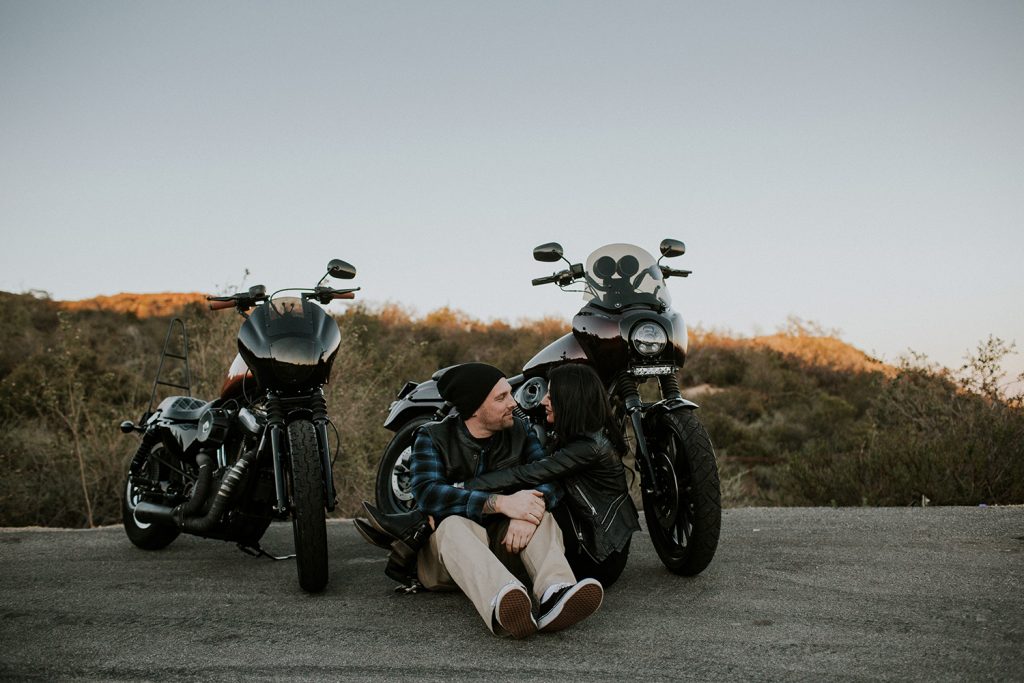 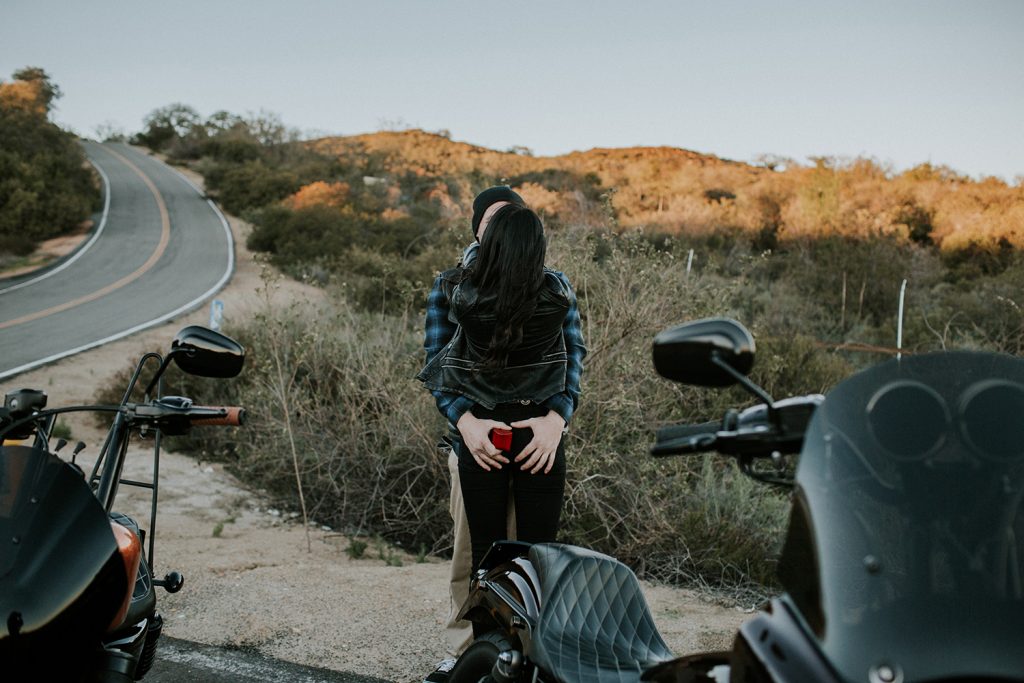 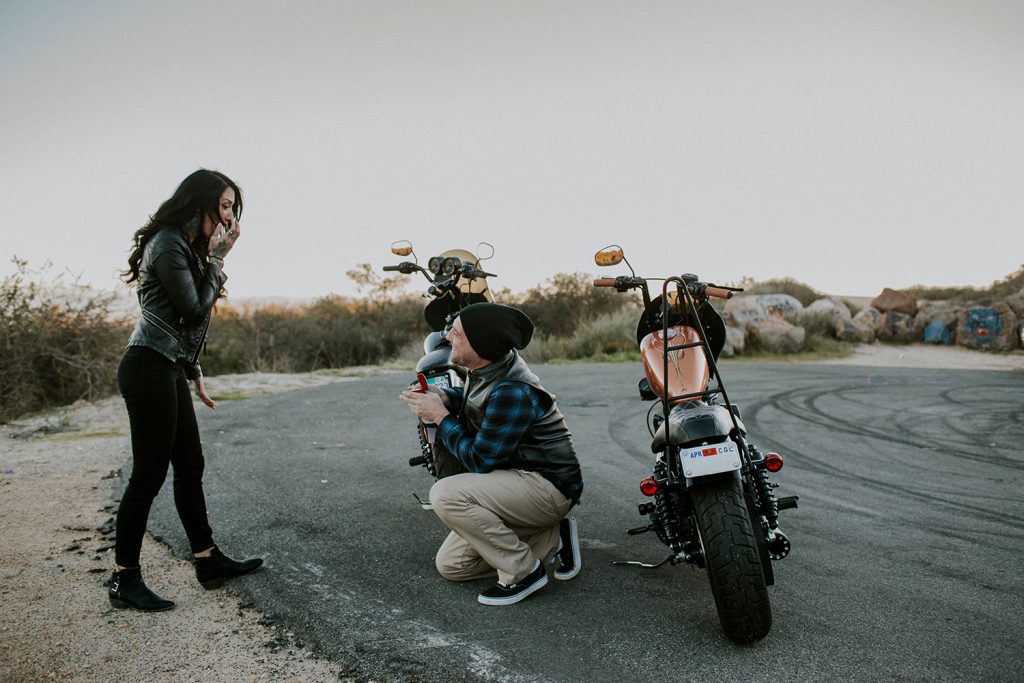 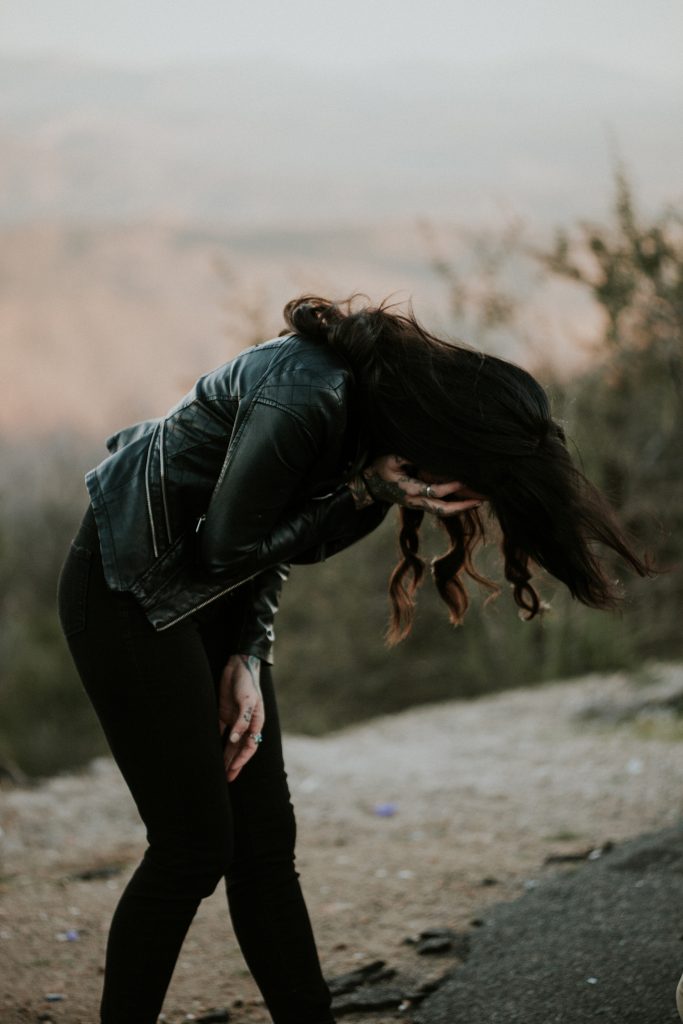 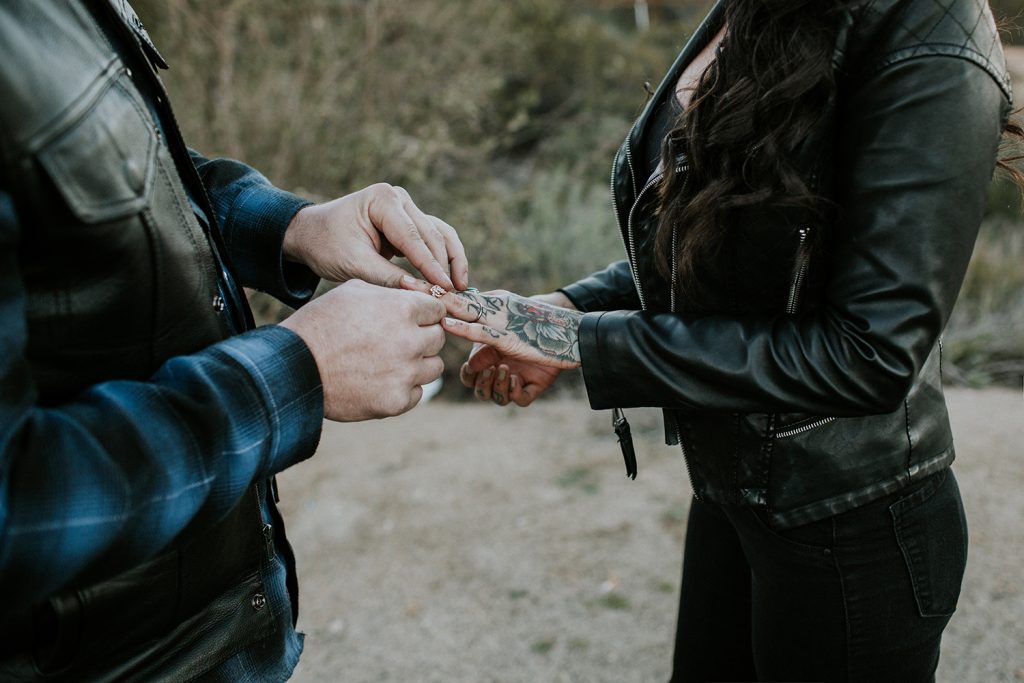 Words From The Bride-To-Be

A boy from Sacramento and a girl from Southern CA met Memorial Day weekend and felt an instant connection. After our 1st date, Kenny told me he was moving back to Southern California and was going to marry me one day… He said “when you know, you know”. I thought it was sweet, but creepy, lol. He told me that first he would move to San Diego, where his family is, then up to my area when he found work. Next thing you know, within a month he put plans into action. He quit his job and moved down to San Diego where his family lives. We’ve been side-by-side ever since!

We both ride motorcycles and love our Harley’s. On his first weekend living back in Southern California, he brought his bike over with plans to go ride the local mountains. I had wanted to show it to him how beautiful it is around this area, but due to crazy winds, I backed out. For a few months, he rode his Harley up every weekend to stay with me. We’d both go ride around town, and he has been a gigantic help in fixing and tuning my bike up. Together we’ve meet amazing people in the motorcycle community, and we look forward to any bike events while trying to stay active in the community. Without sounding to cheesy, the first thing that truly connected us was the bikes.

After living together for about a year, we decided to do a fun little shoot with Temecula photographer Jami Laree. I’ve known Jami for years and have always admired her work. Also, it feels like anytime I get to shoot with Jami something exciting happens. It’s always a fun time, and  needless to say I was excited to bring Kenny in on the fun. Kenny has always been a shy guy around new people but was super comfortable with Jami and her husband Keith. They’ve had us climb mountains in dress shoes, run around the desert in the Summer and stand in 40 mile per hour winds, but it’s always a blast! This is what birthed Kenny’s “perfect engagement idea”. After a past photoshoot with Jami, Kenny contacted her about a secret engagement photo shoot. He loved the idea of riding up to the Santa Rosa Plateau and De Luz, because it’s the first place we where supposed to ride together. Jami had contacted me about setting up a shoot with our bikes, and of course I was excited, but I totally thought it was her idea! I had no idea Kenny was involved. When ‘Photoshoot’ day came around we rode out to the hills, Jami took us to a beautiful look out point to take some photos of the bikes. Kenny was doing a few burn outs for photo ops (show off!) and then parks his bike next to mine. He then calls over to me, “babe, I think I put a hole in my back tire!” I walk over to look, and as I peek around his bike there he is, on one knee, with my grandmother’s ring in his hands…. “Babe, will you marry me?” My whole body was in shock! Following the shoot he had set up a dinner with some of our closet friends at the place we had our first date. 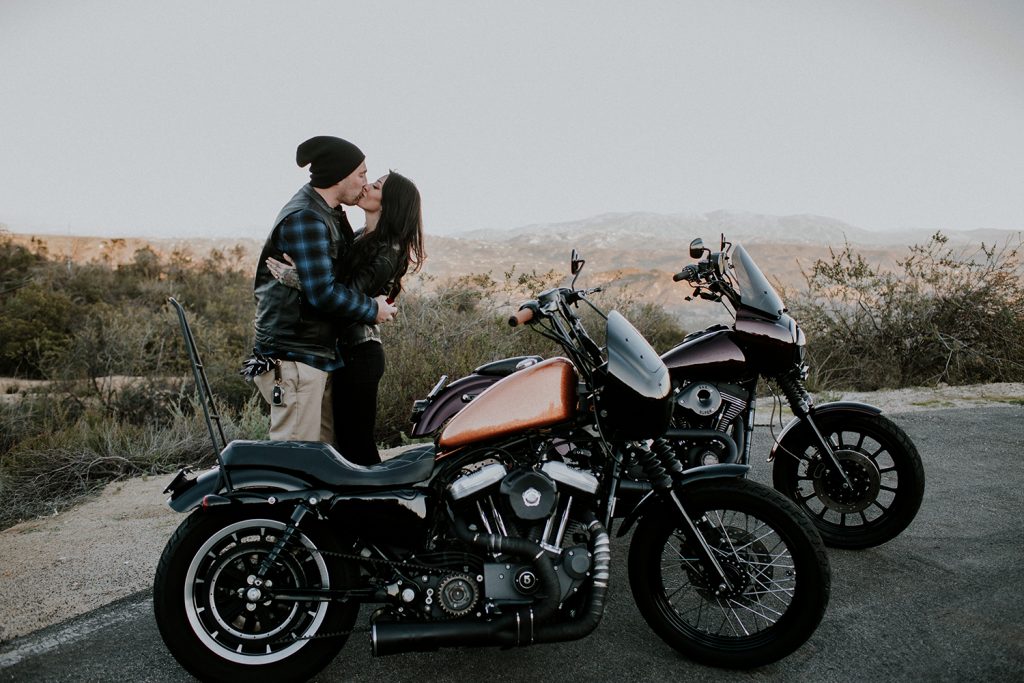 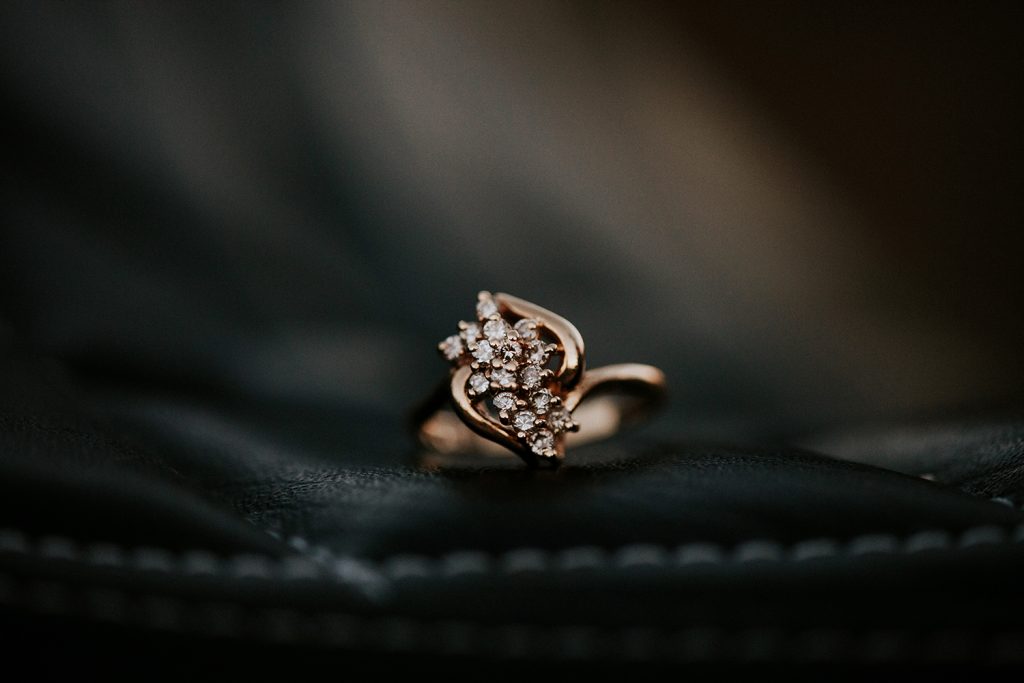 This wedding ring is seriously everything! 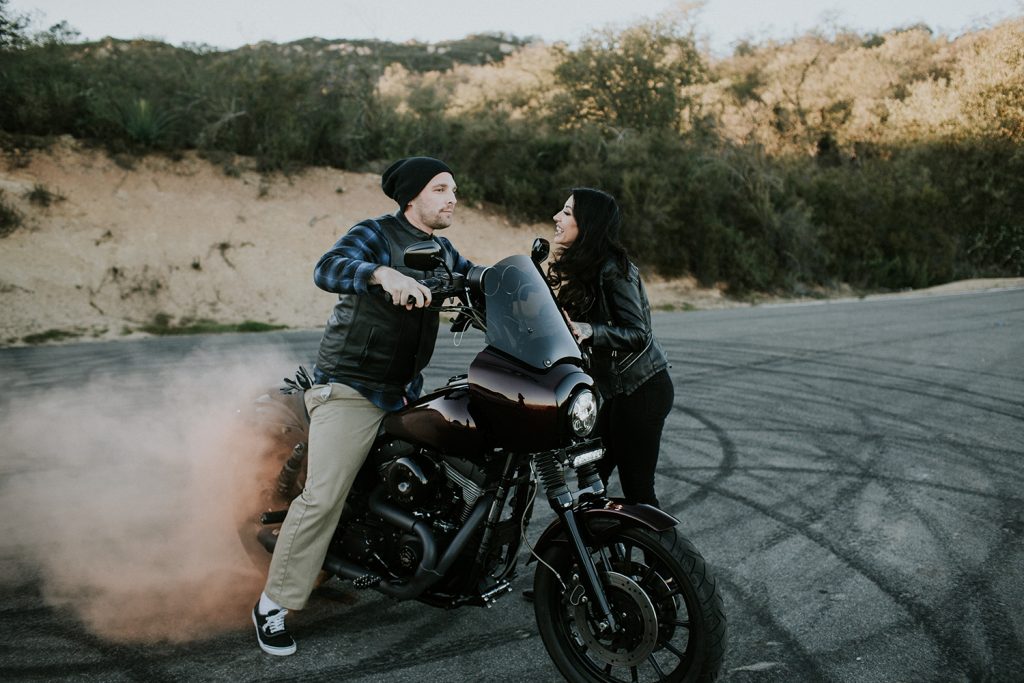 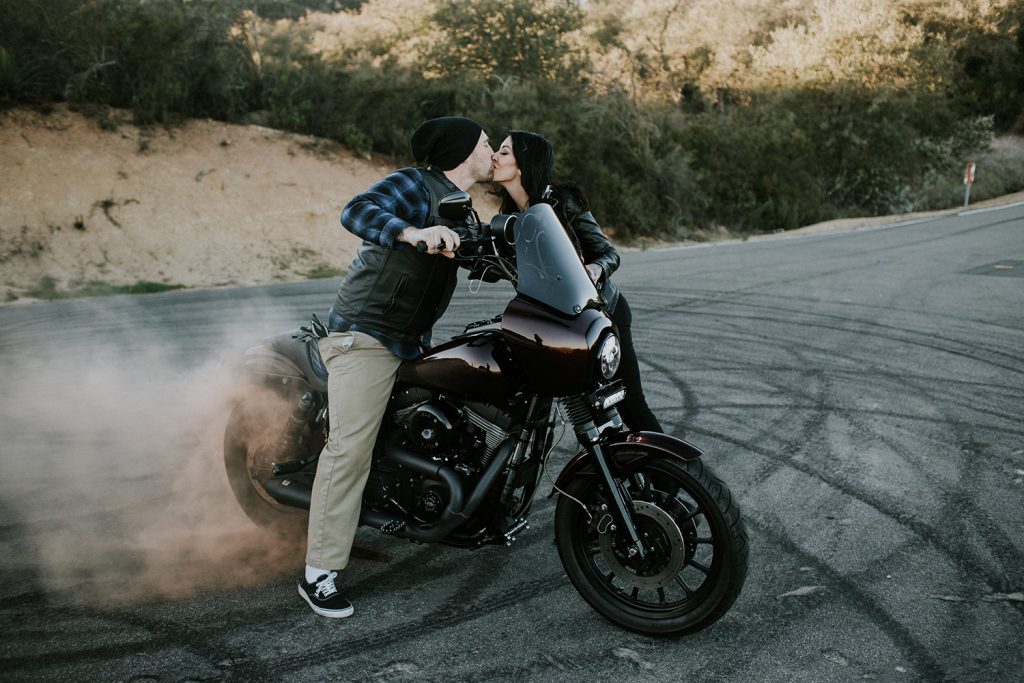 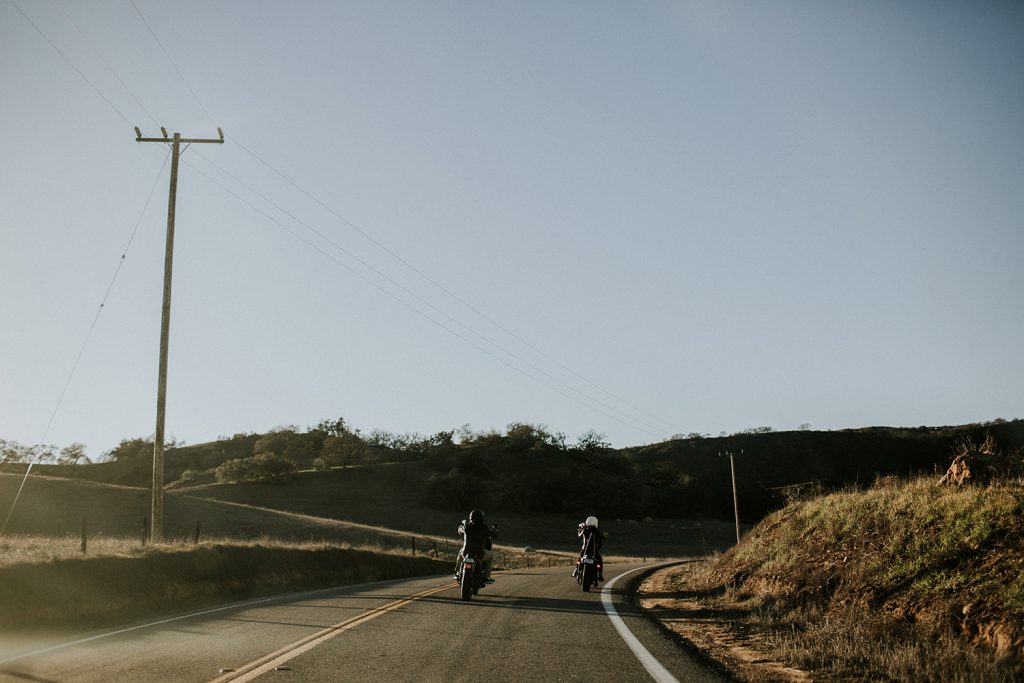 Congrats to Kenny and Wendi on their engagement, and a special thank you to the incredibly talented Temecula wedding photographer Jami Laree for capturing and sharing these amazing moments!

Those interest in checking out more work from Jami Laree can visit her wedding blog HERE or her Temecula Wedding House featured artist profile!